How Can I Avoid Probate? — Part Four

We find that a parent will add a son or daughter as a joint owner of the parent’s bank account or other asset to avoid probate fees or to ensure the son or daughter has ready access to funds if the parent falls ill or dies.  If the parent’s intention was that the son or daughter actually own the asset upon the parent’s death, it is essential that the parent make that intention clear either in his or her Will or in some other form preferably in writing.  Some clear evidence of intention is important as the Supreme Court of Canada has ruled that bank accounts held  jointly between a parent and child are generally considered part of the parent’s estate assuming that the child did not contribute to the asset.  There are exceptions to this rule, however, such as where the joint owner is a minor child (under the age of 18) or an incapable child.

Although the estate assets held jointly with an adult, capable child are considered part of the parent’s estate, without the co-operation of the joint-owner child, other children of the deceased parent may have to take their sibling to court to recover a share of the bank account if the joint-owner child does not co-operate.

END_OF_DOCUMENT_TOKEN_TO_BE_REPLACED

How Can I Avoid Probate? – Part Three

Previous blogs explained what ‘probate’ is, how the estate administration tax (popularly called “probate fees”) are calculated and how spouses might be able to arrange their affairs to avoid probate on the death of the first to…

END_OF_DOCUMENT_TOKEN_TO_BE_REPLACED

How Can I Avoid Probate? — Part Two

Understandably, many of our clients wish to avoid probate.  To explore how this might be done, if at all possible, it is essential to review the ownership of all assets, beneficiary designations, family relationships, tax implications as well as relationships among family members and the goals of the client.  Only then can we recommend what steps should or should not be taken to avoid probate.  Avoiding probate is usually possible when one spouse dies leaving a surviving spouse.  For example, probate is not generally required if the spouses own assets jointly or where an asset, such as life insurance, is payable to the surviving spouse by way of a beneficiary designation.

END_OF_DOCUMENT_TOKEN_TO_BE_REPLACED

How Can I Avoid Probate? — Part One

In this five-part blog, I will discuss what probate is and how probate fees are calculated, which assets are subject to probate and which are not, when it makes sense to avoid probate and how to accomplish that, and when avoiding probate may not be the best strategy and why.

END_OF_DOCUMENT_TOKEN_TO_BE_REPLACED 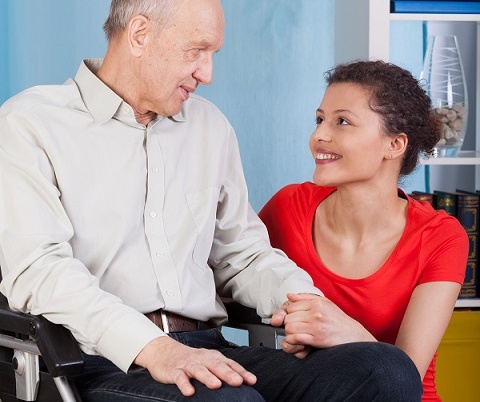 If I become seriously ill and incapable of making medical treatment and other personal care decisions for myself, I understand that the person that I have named as my attorney for personal care has authority to make such decisions for me (subject to any conditions in the document which appointed the person).  If I later recover enough to make those decisions on my own, how do I take back decision-making power?  In other words, how do I “turn off'” or stop my attorney for personal care from making decisions that I am now able to make myself.  I live in Ontario, Canada.

END_OF_DOCUMENT_TOKEN_TO_BE_REPLACED

If you have been named as an attorney for property and are about to begin acting or are already acting in that capacity, it is important to be aware of the wide range of responsibilities that you are taking on.  Below is a list of ten essential things that you should know.  Although not an exhaustive list, it includes ten points that many are not aware of.

END_OF_DOCUMENT_TOKEN_TO_BE_REPLACED

The facts in this blog have been changed to preserve client confidentiality; however, both the real and fictitious facts illustrate the same tax and estate planning issues that arise in such situations and the importance of addressing them with clients and documenting that you have done so.

END_OF_DOCUMENT_TOKEN_TO_BE_REPLACED

In the summer of 2006, our office began the process of going paperless. We are glad we took the plunge and have been pleased with the many benefits of having done so.  In the hopes of inspiring others to go paperless, here are what we consider the top ten reasons to go paperless.

END_OF_DOCUMENT_TOKEN_TO_BE_REPLACED

Backups in a Paperless Office

After speaking recently at the 4th Annual Solo and Small Firm Conference (May 6-7, 2009, Toronto), I have received emails asking for more information, especially on the topic of ‘going paperless’ in a small law office. In responding to those email queries, it occurred to me that my answers might be helpful to others. This is the first of what may be several blogs in which I share my answers. This one is about my thoughts on backups. For the office that goes paperless, reliable, frequent backups are critical as there is no paper copy available.

END_OF_DOCUMENT_TOKEN_TO_BE_REPLACED

When Will a Court Remove an Attorney for Property?

Attorneys for property take note! A recent court decision, Re Schaefers,  has provided some guidance as to when the court will remove an acting attorney for property. Generally, the court will not interfere with the choice of an attorney who has been named in a valid Power of Attorney signed by a capable person (the ‘donor’); however, there are times when a court finds that it must intervene. This was one such case. Throughout this blog, where I refer to ‘attorney’ I mean the substitute-decision maker  named in a document called a Power of Attorney.  In this blog, an attorney does not mean a lawyer.

END_OF_DOCUMENT_TOKEN_TO_BE_REPLACED

Estate Planning for the Cottage

The Perfect New Year’s Resolution: Make a Will

Acting Under a Power of Attorney