Although not a subject many parents like to think about, parents of a minor child (under the age of 18) should consider who will look after their child if both parents die.

This decision may be debated and agonized over but, all too often it is ignored.
Hopefully, the information provided in this resource will help you make an informed decision and will encourage you to put that decision in writing.

Although the term guardian is commonly used to mean a person having custody of a child, the correct legal term is ‘custodian’. The term ‘guardian’ more properly refers to the person who has charge or control of the child’s assets or property. In this brochure, we discuss what is involved in naming a custodian, that is, someone who will look after the child rather than the child’s assets.
Since the early 1980’s, it has been possible for parents in Ontario (by means of a clause in their Wills) to name one or more persons who will be their child’s custodian if the parents die. However, it is important to note that this custodial appointment expires after 90 days. Assuming the custodian is willing to take on permanent responsibility for the child, the named custodian must make an application to court for a more permanent appointment.
Interestingly, no appointment is really ‘permanent’ as any person, not just a person named as a custodian in a Will, may apply to court at any time to have custody of a child.

What if Parents are Separated or Divorced?

If parents are separated or divorced, a custodial appointment in a parent’s Will is only effective if that parent was entitled to custody of the child at the time of the parent’s death. It is essential that both parents, especially those who are married or who have joint custody due to separation or divorce, reach a consensus as to who they want to name as custodian. If each parent names a different custodian in his or her Will and the parents die in circumstances that make it impossible to determine who died last, neither of the custodians named will have custody.
Many parents, whether biological or adoptive, are surprised to learn that they do not have the right to name a permanent custodian of minor children. Ontario law gives the court a supervisory role over all custodian appointments and such appointments are based upon what the court considers to be in the best interests of the child.

To assist the court, parents should take the time to write out their reasons for the choice of custodian. Equally, or perhaps even more importantly, parents should also comment on the reasons why other persons were not named. The parents’ reasons may prove helpful to the court when determining who should have custody, particularly if someone other than the person named also applies for custody.
Parents may also want to record their wishes and expectations as to how their children should be raised, such as which schools they might attend, what sports they might play and what values they should be taught. Although not legally binding, such written guidance can be of great value to the custodian. Reasons for naming certain custodians and wishes regarding the child’s upbringing should be stored with both the parents’ Wills.
If you are the parent of a young child, it is important that you have an up-to-date, valid Will naming one or more custodians of your child. Such appointments should be reviewed regularly (perhaps on the child’s birthday) to ensure that no changes are needed. Knowing that you have provided for your child’s care in the event of your untimely death will provide peace of mind.

Becoming the Estate Trustee when there is no Will

Issues surrounding Probate and the Estate Trustees’ Tasks The Court-issued ‘Certificate of Appointment of Estate Trustee’ (commonly called ‘Probate’) allows the Executor to control estate assets and distribute to beneficiaries. We gather asset and other information to… 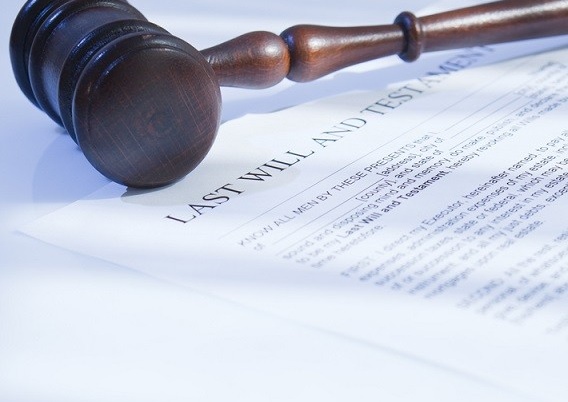 Guardians of the Disabled, Power of Attorney